Gajachchhaya Yoga is formed by combination and concurrence of Sun, Moon and 2 tithis (Lunar Days) which are Trayodasi and Amavasya.
This yoga is formed when Sun transits through Hasta Nakshatra in Virgo (Kanya Rasi) once in a year and mostly during Pitru Paksha.
In 2021, Gajachchhaya Yoga occurs twice Trayodasi (3rd/4th October) on Amavasya (New Moon Day), which is 6th October.
Trayodasi yoga is not applicable in Asia and Europe, while Amavasya Yoga is not applicable in North and South America. 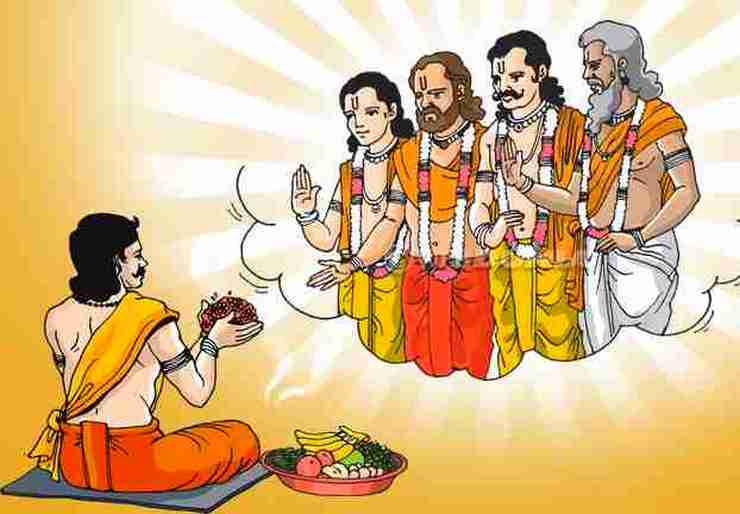 Transit of Sun in Hasta nakshatra happens every year during September-October. But this should be Bhadrapada Maasa (where fullmoon forms in Uttara Bhadrapada Nakshatra) and not adhika maasa.
Second half of this month (when Moon is waning between fullmoon to next newmoon) is called Mahalaya Paksha or Pitru Paksha and no auspiscious event is performed during these 15 days.
Traditional astrologers do not check any horoscopes and postpone all astrological advises.
These are the days to offer Shraddh to deceased ancestors in a family.
Pitru Dosha Causes, Effects & Remedies.

In all Asian countries, Trayodasi Gajachchaya Yoga forms on 3rd October 2021 during night time (4th October in Australian Continent) and ends before or around sunrise, which makes it invalid for offerings.
For New Zealand Time Zone (GMT +7:30) : From sunrise till 10:56 AM (4th October 2021)

Amavasya Gajachchaya Yoga forms on 6th October 2021 and is applicable in continents of Australia, Asia, Africa and Europe.