Hyderabad to face terrorist attacks and political turmoil from september 2007 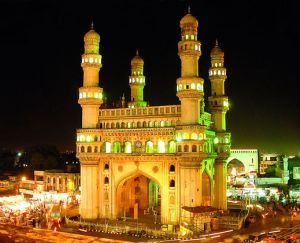 Andhra Pradesh’s horoscope is going through Saturn’s period for 19 years(1999-2018) and 7.5 years of saturn’s transition around its moon sign (sade-sathi) from July 2007 – October 2014.
Its capital, hyderabad has already become terrorist hub as the state was formed with 8th house mars aspected partially by jupiter.

During september 1st – december 30th 2009, worst days will be seen in this city with huge political turmoil creating a state of heavy uncertainity and also few terrorists trying to take advantage of this weak situation.

Political leaders in state will oppose their party’s higher authorities and try to act on their wish.
Their internal disputes will lead to splits in parties based on areas, caste and groupism.

New political parties will emerge in the state during these 7 years, but only 1 has chance to survive beyond 2014.
Many smaller parties will merge into bigger ones.
State government will add more and new taxes on every possible business.

Rahu aspected by saturn and later in 2013, both conjunct in Libra (thula rasi), indicate bomb blasts and political uncertainity.
Every terrorist attack in the country will find its root in hyderabad.
Modern technology will be misused by terrorists to create havoc.

Police in country will have to be on high aler during this period as terrorist attacks may be spread to other cities like nagpur, ahmedabad, benguluru, mumbai, kolkatta etc.

These attacks will continue to disturb the city till 2014.