New hindu New Year named Jaya is starting on 31st March 2014, 00:16 hours IST.
So from sunrise on 31st march, the new year is counted.
It has Vrischik (Scorpio) Lagna with Saturn (Retrograde) and Mars (Retrograde) with Rahu in Libra, Sun with Moon in Pisces, Venus in Capricorn, Mercury in Aquarius, Jupiter in Gemini and Ketu in Aries. 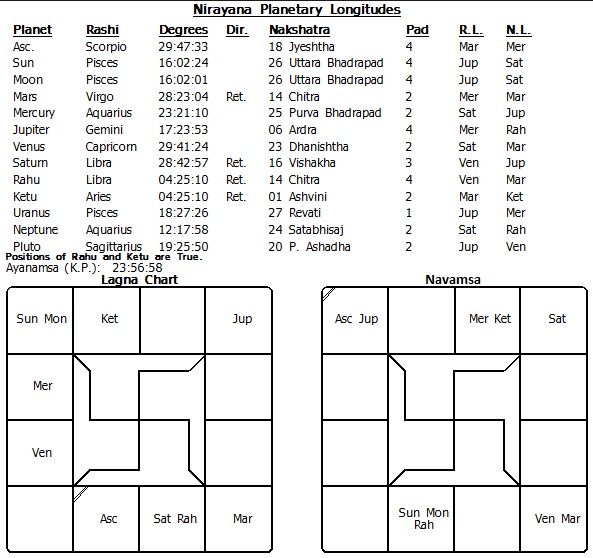 This year Moon is King and Minister while Sun is army’s commander-in-chief.
Fast moving planet Moon being the ruler will elect new leaders in countries and states where elections are held this year.
Postal votes will prove crucial in few areas.
But administration will not be satisfactory and will function below expectations level with inexperienced leaders and parties.
Differences between politicians and officials will lead to chaos in government functioning.

Terrorism will increase and cause huge loss to properties and lives.
India will experience war situation with neighbouring countries (mostly China) before August 2014.
Pakistan army will also cause problems to India at border.
China will make new friendship with Sri Lanka and will become threat for India.
Pakistan will be defamed internationally for terrorist acitivies and also due to Afghanistan.
Indian government will be forced to take a bold step against Pakistan.

Dairy industry will suffer due to adulteration. New companies will enter the market and few old companies will shutdown.
Temperatures in summer will be higher compared to 2013. Infact summer of 2015 will start a month earlier than usual.
Fire accidents will be more frequently seen in news.
Tsunamis, floods etc will destroy islands in Indian and Pacific oceans.
They will also effect China, Bangladesh, USA, Central America, Mexico and east coast states of India.
More accidents will happen in oceans and ships will sink.
Winter will be colder than last year and snowfall will increase in 2014-15.

Planet of Justice, Jupiter is in dual sign Gemini. So, people will have dual opinions on judiciary statements.
Instead of fighting for justice, people will prefer to settle issues privately.

Women will misuse laws and cheat men. Love marriages will increase along with Divorce rate.

Economies of USA and UK will have downtrend this year.
Few African countries like Kenya will become center for terrorist activities.
Racisim will increase in Australia and New Zealand.

Automobile industry will go down this year. Many new cars will be launched but buyers will be less.

New Virus (similar to H1N1 which caused Swine Flu) will attack this year.

Jaya Nama Samvatsara period wise results will be as follows :

As for Vedic Panchanga (Almanac) there will be a cabinet for the year(2014-15) as shown below :

These yearly predictions are based on entry of sun into various rasis and most importantly into Makara(Capricorn) and Mesha(Aries) besides lunar new year’s beginning.