India’s birth chart is considered based on time of independence from British (15 August 1947, 00:00 hours at Delhi).
India’s Sun Vimsottari Dasa ended in July 2015 and Moon Dasa has started which will go on for another 10 years (till 2025 July).
India is formed with Lagna: Vrishabha in Krittika 4th quarter
Birth Rasi: Karkata
Birth Star: Pushya 1st quarter
Lunar Half: Krishna Paksha Trayodasi
Yoga: Siddhi
Karana: Vanija
Moon is placed in constellation and sub of Saturn while Saturn signifies houses 2,3,6,10,11 in India’s Independence Chart.
Out of these, 3rd house is strongly signified.
Although India’s Moon is not combust, it is still weak due to its closer proximity with 4 other planets : Sun, Mercury, Saturn, Venus in same sign.

Ever since July 2015, foreign relations will be two fold.
Politicians will gain new friends for India with their tours, while neighbours like Pakistan, China will continue to deteriorate. (This could be reason behind Prime Minister Narendra Modi’s foreign tours).
War like situation will continue on its borders, especially North-West border.
There is strong possibility of a war with Pakistan and also raise in cross-border terrorism.

India will do good in popular sports like Cricket but not as good as it did in Sun dasa (2009-15).
Few cricketers will break past records to become superstarsof this generation.
Production of Food and Milk products will increase.
Few neighbours like Sri Lanka will cooperate but Pakistan, China will continue to be a problem.
Indian spy agencies will be more sharper in next 10 years. 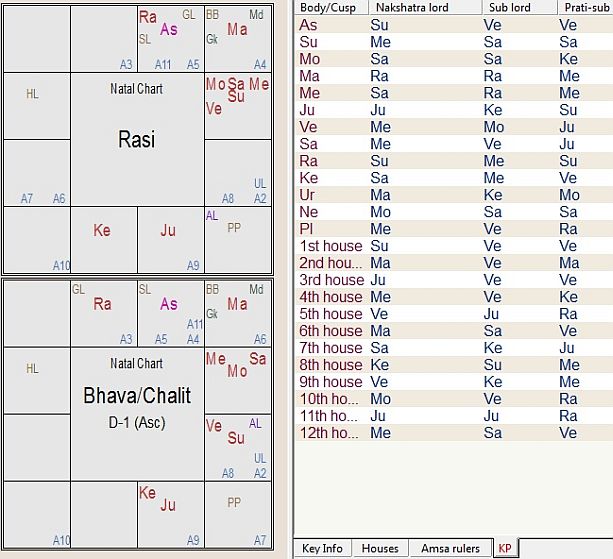 Women will get more laws in their favour. Female feticides will decrease considerably as daughters will be accepted by many families in villages.
During Moon Dasa, India will be termed as a safest destination to launch satellites. Space research will flourish.
New diseases will effect people but medical sciences will be able to find cure for many.
Ancient scienes like Vedic Astrology, Ayurveda, Vedas, Upanishads, Puranas will gain more popularity across the world.

Accidental deaths will increase which leads to raise in insurance policies.

Saturn will be transiting in Anuradha Nakshatra until end of 2015. Anuradha represents back-right leg of the tortoise. In Koorma Chakra, this part shows states on the west coast like Kerala, part of Karnataka, southern Maharastra and Lakshadweep Island.
This indicates growth and also some unrest.

Rahu will remain in Hasta Nakshatra till July 2015. Thereafter, Rahu will transit into Uttara Phalguni. Both, these Nakshatra are on the right stomach of the tortoise. This area stands for the Bay of Bengal, Andaman and Nicobar Island and Sri Lanka.
So, climate of these areas will be effected between September – November 2015.

Ketu will remain in Revati Nakshatra till March 2015. Revati is placed on the left front leg of the tortoise. It shows regions like northern Arunachal Pradesh. It also represents India-China border.

Ketu will remain in Uttara Bhadrapada till November 2015. Thereafter Ketu will transit into Poorva Bhadrapada. Both, these Nakshatras are placed on the left stomach of the tortoise. The areas represented are Kashmir, Nepal, and Indo-China border on the Northern part of India.
There will be unrest in these areas.