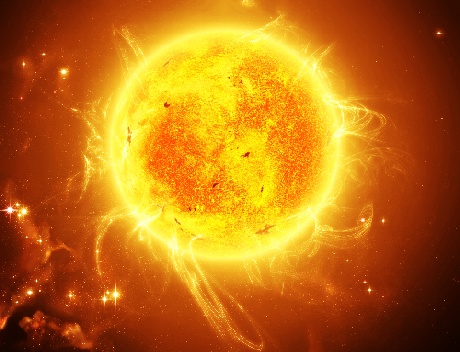 SUN is the commander-in-chief for the vedic new year Jaya Nama Samvatsara (2014-15).
Sun’s discipline will make defence system strong and keep army prepared for war in many countries.
War situations will prevail in many asian countries.

Army will also prove useful with its support to civil life during natural calamities.
Rich people will employ private security. Spy networks, detective agencies will get busy this year.
Army, Police will recruit more people to meet the growing challenges.
Terrorist groups and banned organizations will also increase their count to meet their targets.

Few key terrorist leaders and popular international criminals will be arrested.
Many will escape from being punished due to loopholes in law and system.
Political system will undergo few major changes due to ammendments of constitutions and introduction of new laws.
People will get into religious and communal fights.

Production of wheat, cereals, gold will increase and so will their price.
Price of Petroleum products will also increase.
Red and Orange color vegetables, cereals will have more demand.

Unexpected rains will hit South India, Pacific Islands, Mexico and USA.
More rainfall in mountains, valleys and forests will prove useless for agriculture, though production of food will not decrease.

2014 summer will be hotter than last year and more people will be effected by sunstrokes.