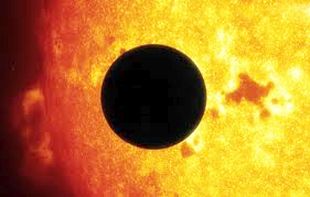 Before it goes into retrograde motion, it slows down and becomes stationary for a while.
A planet ‘appears’ to be in retrograde motion, when it travels at lesser speed than normal and when compared to earth’s speed, it looks as if travelling back.
During these 6 weeks, Venus can slow things down in the arts.
That includes fashion, jewelry, cinema, television, drama, music, alchohol and perfume industries.
In personal life, it is not the best time to pick a partner, to propose, to get married or start a new work of art.

Dates & Timings of Venus being Combust in 2014

During this period, Venus becomes combust due to its closer proximity with Sun and this happens for a week between January 07, 2014 at 13:13 IST – January 15, 2014 at 02:49 IST.
(Venus is combust by Sun when it is within 10° of Sun in its direct motion or within 8° of Sun during its retrograde motion)
During combustion, the combust planet’s power is transferred to the Sun, so it will act in service to the Sun.
With ‘compromised‘ energy, Venus will not be in a position to guide us.
Apart from Jupiter, Venus is the only planet which guides us. (Jupiter being the guide of Gods and Venus being the guide of demons and others in Indian Mythology)

This week should be avoided for all major financial transactions, buying gold or jewelry, making new investments in stock market, fixing of marriage dates, proposing to new partner, performing auspicious ceremonies like marriage, buying or entering into a new house or land, buying or selling vehicles, starting a new business or venture, rennovation or repair work at home or office etc.

Since this combustion (Sukra Moudyami) is happening while Venus returns to Sagittarius (Dhanus Rasi) during its retrograde motion, it will effect those born in Sagittarius(Dhanus) ascendant and moon sign more than others.

These precautions should also be taken by people who are going through Venus (Sukra) mahadasa.

If Venus is a benefic in your personal horoscope, good effects will be minimised and if its a malefic for you, it’ll give some relief during combustion.
As Jupiter aspects Venus and Mercury conjuncts it during its combustion, bad effects will be controlled to some extent but at the same time, Saturn and Mars also aspect Venus to add some malefic effects.