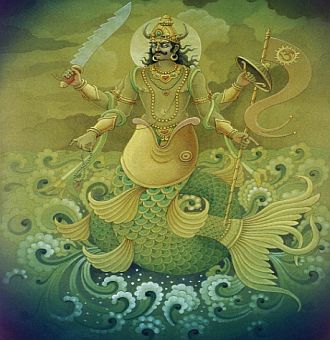 Ketu, the south node of moon or dragon’s tail represents son, grandson, ear, spine, spiritual knowledge, religiousness, electricity, thunderbolts, sudden and unexpected happenings in life etc.
6th house is considered to be its ‘comfortable house.‘ It gives its exalted effect when in 5th, 9th or 12th house and its debilitated effect in 6th and 8th house. Dawn is its time and it represents Sunday.
Ketu represents the opposite node of Rahu, in the tail of the serpent. Its colours are black and white. Forty two years is the age of Ketu. Ketu is also considered to be the bed. So the bed given by in-laws after marriage is considered to be auspicious for the birth of a son and as long as that bed is in the house, the effect of Ketu can never be inauspicious.

Remedies for Malefic Ketu in Horoscope, based on its placement

Ketu in 1st House or Aries

If Ketu is auspicious or benefic in this house, the native will be laborious, rich and happy, but will always be concerned and troubled because of his progeny. He may fear frequent transfers or travels, but ultimately it would always be postponed.

Whenever Ketu comes in 1st house in Varsha Kundli there may be birth of a son or nephew. there may also be a long journey. The native with Ketu in 1st house will always be beneficial for his father and/or guru and causes exaltation of Sun.

If ketu in 1st house is malefic, the native would suffer from headache. His wife would have health problems and would have worries concerning kids. If 2nd and 7th houses are empty then Mercury and Venus would also give bad results. There would be travels, transfers with no gain. If Saturn is malefic it would destroy father and guru.

If Sun is in 7th or 8th house then after the birth of a grandson the health would suffer. No alms should be given in morning and evening.

Remedies for Ketu in 1st House :
(1) Feed jaggery (gur) to monkeys.
(2) Apply saffron as Tilak.
(3) If offspring is troubled then donate a black and white blanket to temple.

Ketu in 2nd House or Taurus

2nd house is affected by Moon, which is an enemy of Ketu. If Ketu in 2nd house is benefic then one gets paternal property. One has to travel a lot and his travels are fruitful. Venus gives good results, irrespective of its position. Moon would give bad results. If Sun is in 12th house then one starts earning his livelihood after twenty four years and is happy. If Jupiter is exalted along with Ketu in 2nd house, then income would be in lacs of rupees. If Ketu in 2nd house is malefic, then one has to travel to dry areas. One cannot rest at one place and would be wandering from place to place. Income may be good, but so would be the expenditure. Thus net gain would be negligible. If there is Moon or Mars in 8th house then native’s life would be short and he would have serious problem at the age of sixteen or twenty years. If 8th house is empty then Ketu would give malefic results.

Remedies for Ketu in 2nd House :
(1) Apply turmeric or saffron as tilak on forehead.
(2) One should not have loose character.
(3) If one religiously visits temples and bows his head there then Ketu in 2nd house would give good results.

Ketu in 3rd House or Gemini

If Ketu in 3rd house is malefic then native loses money in litigation. He gets separated from his wife/sisters-in-law. If such a native lives in a house with its main gate facing south, he will have serious problems regarding children. Such a native cannot say no to any thing and so will always have worries. He will have troubles from his brothers and will have to travel uselessly.

Ketu in 4th House or Cancer

4th house belongs to Moon, which is an enemy of Ketu. If Ketu is benefic in 4th house then the native is god fearing and lucky for his father and guru. Son is born to such a native only after getting the blessings of one’s guru. The son born lives long. Such a native leaves all his decisions to God. If moon is in 3rd or 4th house the result is benefic. Such a native is a good adviser and will never have shortage of money. If Ketu is malefic in this house then the native is unhealthy, his mother is troubled, there is loss of happiness. One may suffer from diabetes. A son is born after thirty six years of age. Such a native has more daughters than sons.

Ketu in 5th House or Leo

Remedies for Ketu in 5th House :
(1) Donate milk and sugar.
(2) The remedies of Jupiter would be useful.

Ketu in 6th House or Virgo

6th house belongs to Mercury. Ketu in 6th house is considered debilitated. This is ‘Pucca’ house of Ketu. Here again the effect of Ketu depends upon the nature of Jupiter. It gives good result regarding son. The native is a good adviser.

If Jupiter is benefic then the native has a long life and his mother is happy and the life is peaceful. If any two of the male planets viz Sun, Jupiter, Mars are in good position then Ketu is benefic.

If Ketu is malefic in 6th house then maternal uncle suffers . The native has to suffer due to useless travels. People turn into enemies without any reason. The native suffers from skin diseases. If Moon is in 2nd house then mother suffers and even the native’s old age is troubled.

Remedies for Ketu in 6th House :
(1) Wear golden ring in the finger of left hand.
(2) Drink milk with saffron and wear gold in the ear.
(3) Heat up a rod of gold and then dip it in milk. Then drink it. It would restore mental peace, increase longevity and is good for sons.
(4) Keep a dog.

Ketu in 7th House or Libra

7th house belongs to Mercury and Venus . If Ketu in 7th house is benefic then the native gets the wealth of forty years in twenty four years of age. The wealth increases in proportion to the children one has. The native’s enemies are frightened of the native. If one has the help of Mercury, Jupiter or Venus then the native is never disappointed.

Remedies for Ketu in 7th House :
(1) Never make a false promise, be proud, or abusive.
(2) Use saffron as Tilak.
(3) In case of serious trouble use the remedies of Jupiter.

Ketu in 8th House or Scorpio

Ketu in 9th House or Sagittarius

9th house belongs to Jupiter, which favours Ketu. Ketu in 9th house is considered to be exalted. Such a native is obedient and lucky. It increases ones wealth. If Ketu is benefic then one earns wealth through ones own labour. There will be progress but no transfer. If one keeps gold brick in his house then wealth comes. The son of such a native is able to guess the future. One spends a big part of his life in foreign land. One has at least three sons and if 2nd house is auspicious then Ketu gives excellent results . If Moon is auspicious then the native helps his mother’s family. If Ketu in 9th house is malefic then the native suffers from urinary problems, pain in back, problem in legs. The native’s sons keep on dying.

Remedies for Ketu in 9th House :
(1) Keep a dog.
(2) Establish a rectangular piece of gold anywhere in the house.
(3) Wear gold in the ear.
(4) Respect elders, specially father-in-law.

Ketu in 10th House or Capricorn

10th house belongs to Saturn. The effect of Ketu here depends upon the nature of Saturn. If ketu is benefic here then the native is lucky, concerned about himself and opportunist. His father dies early. If Saturn is in 6th then one is a famous player. If one keeps on forgiving his brothers for their misdeeds the native will go on progressing. If the character of native is good then he earns a lot of wealth. If Ketu in 10th house is malefic then one suffers from urinary and ear problems. The native has pain in bones. The domestic life is full of worries and troubled if Saturn is in 4th house. Three sons would die.

Remedies for Ketu in 10th House :
(1) Keep silver pot full of honey in the house.
(2) Keep a dog, specially after forty eight years of age.
(3) Avoid adultery.
(4) Use the remedies of Moon and Jupiter.

Ketu in 11th House or Aquarius

Here Ketu is considered very good. It gives wealth. This house is affected by Jupiter and Saturn. If Ketu is benefic here and Saturn is in 3rd house, it gives enormous wealth. The wealth earned by the native is more than his paternal wealth, but one tends to worry about his future. If Mercury is in 3rd it leads to Raj Yoga. If Ketu is malefic here then the native has problem in his abdomen. The more he worries about future, more troubled he is. grandmother or mother of the native suffers, if Saturn is also malefic. Then there would be no benefit from son or house.

Ketu in 12th House or Pisces

Here Ketu is considered to be exalted. The native is wealthy, achieves a big position and spends on good works. If Rahu is in 6th house, along with Mercury, then the effect is even better. One has all the benefits and luxuries of life. If Ketu in 12th house is malefic then one buys land from an issueless person and the native becomes issueless himself. If one kills dogs Ketu gives malefic results. If 2nd house has Moon, Venus or Mars, Ketu gives malefic results.

Remedies for Ketu in 12th House :
(1) Worship Lord Ganesha.
(2) Do not have a loose character.
(3) Keep a dog.
(4) Saunf (finnel seeds)and khand(white crystals which taste like sugar) under the pillow for good night’s sleep.