Venus combust 2022 happens during 02:15 IST on 15 September – 05:59 IST on 02 December while in transit between Leo and Scorpio.
During this period, Mercury is also combust and retrograde till 02 October in Virgo.
Saturn remains retrograde in Capricorn till 22 October and Jupiter retrograde in Pisces till 21 November 2022. 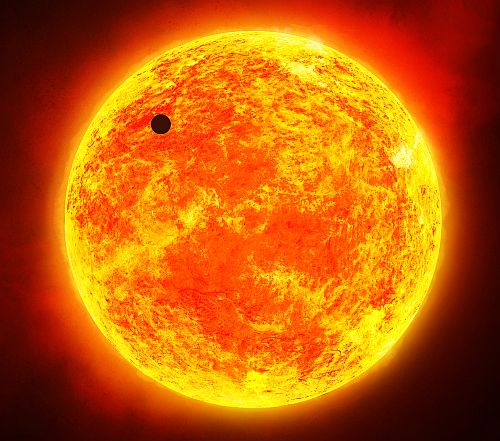 During combustion, Venus blocks our judgement in love, family and finance matters.
This combustion (Sukra Moudyami) happens between 4 signs, Leo (Simha), Virgo (Kanya), Libra (Thula) and Scorpio (Vrischika).
All these 4 signs, along with Taurus (Vrishabha) and Libra (Thula) will face impact of Venus Combust 2022.
Venus, the planet of love and beauty get within 10 degrees to Sun and goes combust and it can no longer be seen in the sky and significations of this planet suffer.
During this time, energy of Venus will be compromised or almost becomes NIL. Venus is one of the planets of Guidance (the other major benefic is Jupiter).
When we cannot see Venus we are “without guidance” and this is also called Venus Eclipse.
Venus is the planet of Value (Love and Relations). When it is invisible, it is harder to determine the true value of anything (Love, Gold, Relations, desired object etc.)
Therefore the 78 days period between 15 September – 01 December 2022 is a poor time for making decisions about love, relations, money.
During this period, which is called as Sukra Moudyami , Positive effects of Venus will be drastically reduced and thus people who believe in vedic astrology, will not perform any auspicious ceremonies during this time such as weddings, engagements, house warming, launching of new business etc.
Also avoidable are changing or joining new job, moving to a new house, proposing love, change of work place, interior designing at home or office.
However, talks, paperwork for above, repair work and construction which started already can be done during this period.

This period is not suitable for starting new constructions, performing weddings, house warming ceremonies but it is okay to move into a new leased house or office space.
Venus, who controls movies, arts will not be beneficial for many who are depended on those fields. It is better not to start shootings of any new movies till early december.
This ‘Venus Eclipse‘ can be seen couple of hours after sunset in west direction. Venus appears as a small black spot on Sun.
Get ready for financial crunch, breakup in relations, rejections, cheating, loneliness, frustration.
Those born with Venus as their ruling planet (born in ascendants or moon signs of taurus or libra, with moon in nakshatras of bharani, poorva phalguni, poorvashada, born on friday) can get frustrated easily, lose self control over petty issues, loss of income, get irritated if others are watching entertainment programs.

Venus weakness due to combustion gives high and low tides in life and need strength of other planets to enable us fight natal and or transit afflictions.
Those who have strongly placed Jupiter and Saturn, can survive this Venus combustion.
Rahu transits in Venus owned nakshatras of Bharani, Poorva Phalguni, Poorvashada during these 78 days and people born with moon in these constellations they gain negative influence of Venus.
If Venus is a benefic in your personal horoscope (generally born in ascendants of Taurus, Gemini, Virgo, Libra, Capricorn, Aquarius) good effects will be minimized and if its a malefic for you (generally born in ascendants of Aries, Cancer, Leo, Scorpio, Sagittarius, Pisces), it gives some relief during this combust period.
Venus conjunct Mercury till October 2022 is tough transit for Meena, Mesha, Kanya, Thula rasi born.
Later, Venus is own sign during late October till November 2022 gives lot of relief.
But Venus conjunct Ketu destroys love prospects and also chances of progeny if any couple are expecting it.

Note : India’s ascendant is Taurus and its lord Venus being combust in 4,5,6,7 houses during transit is not good for its citizens and economy. Natural calamities, excess rainfall, floods can occur.
Solar and Lunar eclipses during late October and early November 2022 are bad for Asian countries.
There will be uncomfortable situations, unnecessary protests and processions. More corruption can get exposed during October-November 2022.
India can see normal days only after Venus completely moves out of Ketu effect in December 2022.

September 16 : Venus squares Mars – Lovers are quarrelling already. Love relationships expanding. If you do not mean it do not say it.