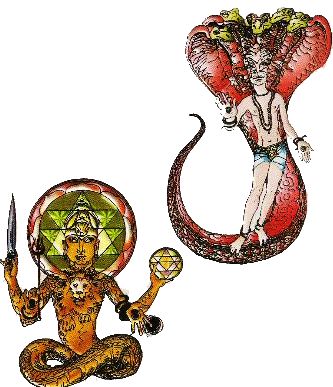 The discussions relating to the 12th house is somber and grave. It is not a house that relates to our materialistic side of life directly, it relates to the inner growth and liberation.
Matters related to this house are profound and its predictions can be quite unfathomable by logic and mundane understanding.
The 12th house is the house of loss, however it can indicate earnings
from foreign land as well as expenditure in foreign land. It is an inauspicious house, a dusthana and indicates decay, decrease, wastage, expenditure among many other negative possibilities.
While the 12th house is judged as an inauspicious house but matters connected to it lead to liberation, so it cannot be all bad.

There are indications in the horoscope, which relate how the person is inclined. A spiritually inclined person gains through the 12th house.
This is the house of sorrow and disappointments, it indicates our limitations.

On the other level, it shows our passions, pleasures and comforts and luxuries. The 12th represents the past, where our karmic deeds of the past have brought us. It shows how we are bound by our own actions in the past births. This house represents our subconscious.

The karakas or significator to this house are many and they are:
Saturn – Sorrows
Mars -Confinement
Venus – Material desires
Jupiter – Jnana (knowledge)
Rahu – Foreign Travel
Ketu – Moksha or liberation.

Now let us see some astrological signature attributed by this house.

Effect of the 12th House in different Rashis (Signs)

Aries: The person may suffer from fear of enemies. There may
also be high expenditure due to sickness. The person may also
keep a number of pets or animals.

Taurus: The person may have to face many opponents. Life may
also suffer on account of enemies.

Gemini: There may be earnings through animals. There remains a
chance that the person may feel hostility to the government or
authority.

Cancer: This is a mixed signature. There is the possibility that
powerful people turn hostile but the person has the power to
counteract the effects.

Leo: The person has power over enemies. The person may also
have many pets and enjoy them dearly.

Virgo: There remains the possibility of friends turning into foes.

Libra: This is not a favorable signature and often the progeny
aspect is badly hit. The relations with off-springs suffer.

Scorpio: there is possibility for fear from enemies. There is no end
of powerful enemies.

Sagittarius: Good gains through friends and relations is well
indicated by this signature.

Capricorn: This is not a favorable signature and there may be loss
in combat. The person falls prey to all kinds of confrontational
matters.

Aquarius: there may be many obstacles and obstructions in life.
This is not a favorable signature.

Pisces: there is turbulence in family or known circles. Disputes
appear but ultimately matters are not so unfavorable.

Many a time we find that astrologers either discard Rahu as a malefic only capable of bringing unfavorable result, or they are silent about it. Rahu’s transit in different houses can be beneficial with respect to the significances of the house and the sign.

However it is generally believed that Rahu’s transit in Jupiter’s sign may not bring auspicious result. Consider, an Aries Ascendant, aspiring to become rich, this transit of Rahu in the 11th house will surely bring favorable inflow! However astrology is a maze of ‘ifs, buts and howevers’ so do not be too impatient to come to a firm ground in prediction; it is the promise that holds the true essence of astrology. Effects of Rahu Ketu pair, they are our Karmic planets and the more attention we pay to them, the easier it becomes to understand our natal promise.

The strength to go on with perseverance is governed by Saturn; this is also a great power. The strength to hope is there in many but to keep that hope alive and work towards it with an unwavering mind is the critical factor that is the most important successor to hope and optimism- an area of Saturn power, not many have it. The reason is the nature of Saturn, this planet always makes us pass through tests, if and when we pass those tests, perseverance appears to us and we work diligently without seeking for rewards in the usual sense of the term.

A strong 12th house and powerful 12th lord especially if it is a natural benefic will mean that the person is a tower and can detach or rise above from mundane values of self gratification.

When we consider the 12th house, we also consider sexual matters and pleasures of the bed. This house signifies these matters and very often a person may be quite detached about attaching
emotional values to sex life.
This is a tricky aspect and can trigger all kinds of speculation in the mind of the partner. Here some amount of control and conservatism is important otherwise there can be much sorrow especially if the 12th house is afflicted.
In terms of the emotional bond between two people whose souls have connected, the connection between planets ruling the area of physical union can be judged by their planet connections.

Ketu is a very subtle energy and as the exact opposite of Rahu, Both Rahu and Ketu are feared as, malefics and it is quite true also. These two energies do more harm than good if left uncontrolled in their instigations.

Coming back to the energy of Ketu, Ketu in the 12th house is an excellent placement for the spiritual upliftment of the person. This otherwise troublesome energy in the 12th house gives good discriminative ability and an interest in spiritual evolution. However there are some negative points as well – expenditure may be for unexpected and unknown sources. There may be a lack of or little sexual pleasure.

Astrology is a science that helps you to think and finally help to open the eye of the mind. So stay calm if you find unfavorable signature and address the issue again and again, till you come to a satisfying answer from within. There is almost always some good in the bad and vice versa.

Let us now see some combinations in the 12th house that may trouble our life.

Mars – Venus Connection: When this connection is established, it brings a level of passion that
could sustain a relationship in the early stages. A more profound way is slowly found out as the relationship progresses. This is often symbolic of married love expressed in a physical form.

Mars – Mars Connection: When this connection is established, there is a touch of physical
approach to life in general. There is more in action than in thought.
Mars brings people together quickly and in a sweeping victorious manner; it is not a planet that assures of sustenance.

Mars – Saturn Connection: This connection can bring in pure and raw passion in the
relationship. In the initial stages the relationship is very intense but the people thus connected must inculcate the finer aspects of human nature to make this a harmonious and steady relationship.

Astrology considers a relationship to have evolved through the karmic connection when nodes are involved or Sun/Moon also. In such a case there remains a story of some unfinished lesson to be learned or some unfinished duty to be completed by the partners in this birth. Physical passions are insatiable mostly when nodes are involved, especially Rahu.

The healthy and smooth dynamics of relationships depict a happy individual. Whether they are personal or professional relationships; they assure happiness and contentment.