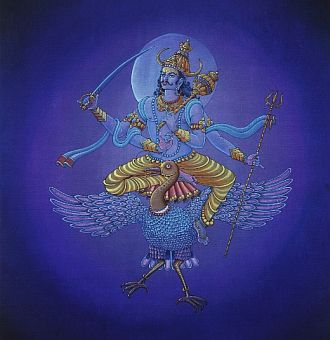 Transit Mercury conjunct Natal Saturn : Disciplined work efficiency, study habits, scientific methodology characterize this transit. Actually this transit tends to mental effort, hard study and patient effort which, however, result in little benefit unless reinforced by good transits or aspects at the same time. At this time one has to avoid the law, litigation and disputes and what one puts in writing. This transit is very disturbing to the mentality and depressing too, and the memory and concentration are poor, while the tendency is to overcome the obstacles. The native tends to pessimism, scepticism, incredulity, doubt, mental distress and throws out whatever seems unfit. The native changes his views on many matters which he held for a long time and is subject to moods. Native’s correspondences are likely to be unsatisfactory, no good will follow. Saturn sometimes bring someone into life whose options have a very detrimental effect and the native gets unsettled. This transit brings very harassing conditions. Where mercury is much afflicted in birth chart, the transit also tends towards trouble with voice, colds in the throat and chest.

Transit Mercury Sextile Natal Saturn : Organized mental outlook, practical thinking, serious study and long range planning characterize this transit. The native is concerned with making the situation better and looks around with a critical eye. An excellent transit for serious study in mathematics, science, research and professional areas. Some old mature individual may come to the help of the native with his experiences.

Transit Mercury Square Natal Saturn : Worry, anxiety, heavy work load and pessimism characterize this transit. The native has difficulty in understanding others or being understood perhaps due to negative impression one gives or receives. This is not good time for business negotiations. There is a strong tendency to feel lonely or to withdraw oneself from communicating. There is lack of mental inspiration and difficulty in dealing with superiors. There are disagreements with friends, groups and organizational associates. There is an unsympathetic attitude from near ones and those in authority. Responsibilities of an older person may add to the difficulties of the native. The native may be prey to ill health due to over work, environmental hazards, lowered vitality, worry and mental strain. The health problems are likely to be poor evacuation, bad teeth or bone problems. Positive approach can lessen the negative sides of this transit.

Transit Mercury Trine Natal Saturn : Practical thinking and precision in communication characterize this transit. The individual is in good practical mental state for his career advancement and to improve his work efficiency. The individual may be benefited by the helpful guidance and counsel of some older well-wisher. The native gets benefited by communicating practically with those in authority. The architects, designers and technicians are full of new ideas and generate something of lasting value. This transit is favorable for disciplines like science, mathematics, engineering, economics etc. The native seems to be reserved with sharp critical faculty and says anything as a last word.

Transit Mercury opposition Natal Saturn : Negative and worrying mental outlook and unwillingness to accept others suggestions characterize this transit. The persons in authority behave uncooperatively with the native rather he is imposed much work load which is devitalizing and depressing on the part of the native. Coborns and neighbours are uncooperative towards the native. Negative attitudes, over work and occupational hazards may make the native ill.