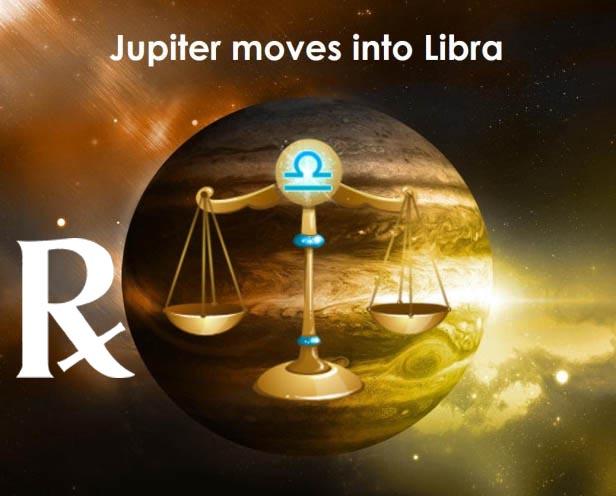 Before Jupiter becomes retrograde it enters into retrograde zone and starts slowing down, which has already started.
Before it becomes stationary and starts moving into backward direction (Its relative speed with earth will be less, so it appears to be moving backwards), it keeps moving into forward direction with retarded speed.
Jupiter remains into stationary motion for some time before it appears to be moving back.
There will be noticeable changes in lives of those who have Jupiter and Rahu as one of the ruling planet (either born on Thursday, born in ascendants or moon signs of Sagittarius or Pisces, born with moon in Arudra, Punarvasu, Swati, Visakha, Satabhisha, Poorvabhadra nakshatras).
If you have recently started some new work and it got stuck, then these 4 months of 2018 will be best time to finish them and see results from July 2018.
If Rahu or Jupiter signifies benefic houses in your horoscope like 1,2,3,4,6,9,11 then expect highly positive changes to come after Jupiter goes direct again in July 2018.

If you are going through Vimsottari dasa of Rahu ir Jupiter and planning to start any new job or project or even make huge changes to your home or business, then it is advisable to wait till second week of July 2018.
Discussions, Paperwork, Agreements etc can be done before July, but field work should be postponed until Jupiter goes direct.
Time period between April – July is not advisable for any major transactions, relocating etc as two major planets Saturn and Jupiter will remain retrograde.
Mercury also goes retrograde during 23 March – 15 April 2018, which complicates things further.

Jupiter and Mercury, which control finance, banking, money circulation, stock market, trading, gambling, speculation etc will remain retrograde together 15 April 2018. This exposes frauds and financial crimes done in the past.
Decisions taken by governments in past can backfire to some extent.
Multiple Planets (Jupiter, Mercury, Saturn, Mars) will be in retrograde motion at the same time, during March-July 2018, which adds to confusion.
Most confused period will be during 27 June-10 July 2018, when Jupiter, Saturn and Mars will be in retrograde motion.
Kids born during this time, will lack judgement and decision making ability. There will be some amount of confusion at all major turning points of their lives.
Gold price will be stable.

This transit helps us to be open to love and make it help us find the greatest possible sense of balance.
Usually in relations, only needs are prioritized, but not balance. Jupiter retrograde in Venus sign Libra, things that were not working will become more apparent.
We will be drawn more towards those relations and persons, where balance and love flow together.
More people will fall in love, get engaged or even marry in a hurry.
With Venus in Pisces and Jupiter in Libra during March 2018, we just do not have time to play games. We do not have time for relationships that leave us feeling as mentally exhausted as we do when we leave work.
We just do not have time to pretend it is working.
Most will realize that either relation is on life support, or they have finally met the right person.

If you are born with Jupiter retrograde in your birth chart, then these 4 months are the best time for permanent breakups or starting new relations.
Jupiter retrograde in your natal chart means that there was a problem in achieving goodness of the soul in an earlier life. This certainly does not mean you have a bad soul, but that there will be some lessons or extra effort required this life to achieve goodness of the soul, to be genuinely happy and content.
Whatever is stunting your personal and spiritual growth is what Jupiter retrograde focuses on. Transiting Jupiter retrograde represents a time of philosophical or spiritual introspection and reflection. You will have to deal with particular issues involving growth and development, happiness and success.
People making best use of these 4 months to achieve balance, get rid of repeating patterns, addictions and be honest with themselves, will be rewarded post 10 July 2018.