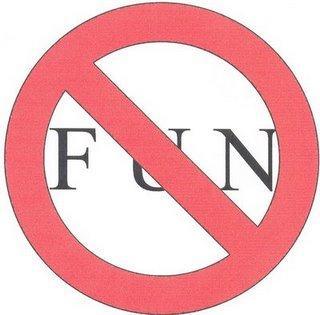 Moon controls mind according to Astrology and Moon Signs indicate many of our positive and negative traits.
This article describes Lack of Killer Instinct Psychology, having Sportive spirit or being Spoilsport, Jealous nature etc of persons born with Moon in 12 different zodiac signs.

Aries: If you have a Sunday to spare and are looking for good fun, invite the Aries folks for a one-dayer at your farmhouse. Arians are in their element during a game. Good time pass, guaranteed. Give them enough attention and they will keep you entertained.

Taurus: Before you invite Taureans for a game, tell them it is all for fun and not to prove a point. These folks can get sentimental and take up the game with a do-or-die spirit. Ask them to chill and take it easy.

Gemini: Do not back off after you invite Geminis for a round of poker or a fun game like 10 over Cricket. Geminis have the killer instinct in them and they want to win even if it is a fun game. They will keep asking for more and eat out of their hands.

Cancer: Cancerians are rather lazy when it comes to outdoor games. If you do not watch out, they will con others into allowing them to do something sedentary, like being in-charge of the scoreboard, or worse part of the cheering team. Getting them to play is akin to winning a game.

Leo: Leos are a sight on the field, playing the game. Their antics are enough to keep the crowd asking for more. Even before they begin the game, they would have garnered people’s support. Flying kisses, hand waves and zero runs. In short, their performance scores on the field. A case of all action, no play.

Virgo: Don’t be surprised if Virgos start breathing in and out and try to exercise their calves before a fun game. They can’t take anything easy, for they suffer from this compulsive disorder to win, no matter what. However, once the game is over, they make for interactive audience.

Libra: Attention is what they want, whether they are losing the game or winning it. They prefer outdoor games because it gives them the chance to show off their skills. Unlike Leos, Librans normally prefer being low key, but not in a game.

Scorpio: Control freaks is an understatement when it comes to the Scorpio’s approach in a sport. They will feel totally devastated if they can’t play well, even if it means losing to their seven-year-old niece. Somebody tell them to have fun in a game and not focus just on the results.

Sagittarius: Nobody can make them do what they don’t want. If the Sagittarian has already told you they want to be at home and not venture out for a ‘silly game‘, you better believe it. They will create a racket if they are made to do what they hate. While watching them is fun, the results of their temper may not be so funny.

Capricorn: Tell them about the weekend game of cricket this Wednesday and you are bound to catch these fellas doing some practice for the same. That’s how seriously these guys will take even a casual invitation. For them, the word ‘casual‘ is non-existent.

Aquarius: Rope in those folks when you are planning a big outing. They are the best planners in the zodiac. Those funny Tambolas and housies, may as well have been created by Aquariaus. They are creative, enjoy a good game in the right spirit. Have an Aquarius during every game.

Pisces: They are better as cheerleaders and umpires or referees than as players themselves. These are also the folks who prefer watching rather than playing. They are the kind who will rustle up a tray full of soft drinks for the players. With such helpful Pisceans around, who would go thirsty ?