What a Man Finds Attractive in a Woman : Depending on position of his Venus

Astrology can offer us a few clues as to what types of people men and women are attracted to. What follows is a simplistic model for determining the “ideal” woman for a man. 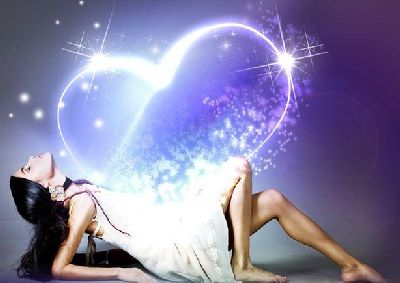 If a man’s Venus is in Aries, he is often attracted to a tomboyish woman, perhaps athletic in appearance, but more importantly, direct, forthright, and straightforward. Ultra sensitive or shy women are not usually the most attractive women to these men, as they tend to prefer strong and independent types.

If a man’s Venus is in Taurus, he is often attracted to women with hourglass figures, who come across as natural and calm, and rather feminine. More traditional feminine types are often preferred, as opposed to aggressive or in-your-face personas. Sensual but simple auras are most attractive to these men. Sweetness, and a simple voluptuousness in a woman is ideal.

If a man’s Venus is in Gemini, intelligence or liveliness are often more important than drop-dead good looks. An athletic or tomboyish look, sometimes on the slim side, is often preferred.

If a man’s Venus is in Cancer, he may prefer women who come across as sweet, soft, and warm. He is not as inclined to go for women who are model-thin, tomboy-ish, or for the high-profile career type. He often is attracted to more traditionally feminine looks, simply dressed (not gaudy or flashy). Understated but feminine summer dresses, accentuated breasts (natural, not “enhanced”), an aura of innocence or neediness, and the promise of devotedness are usually turn-ons. Venus in Cancer men often go out of their way to avoid feeling rejected, and this is mirrored in their attraction to women who are not too aggressive, loud, or overly confident.

If a man’s Venus is in Leo, he may be attracted to women who are proud, outgoing, and perhaps even gaudy. Aloofness or a dignified, confident aura is usually appealing to these men. These men are more inclined to enjoy women who wear a good deal of makeup and jewelry. Flashiness is often appealing, although some will prefer a slightly more understated look. The bottom line, however, is usually a rather bold, confident manner.

If a man’s Venus is in Virgo, an appealing woman to him is usually an understated, rather simple appearance without too much glamour or ostentatiousness. Healthy, natural, and clean are most appealing physical qualities, and a certain amount of intelligence as well as a modest, sensible approach to life.

If a man’s Venus is in Libra, he is most attracted to femininity expressed as understated charm, good manners, and a simple but beautiful appearance. Coarseness or rudeness is often a turn-off.

If a man’s Venus is in Scorpio, the femme fatale is just fine for him. He is especially attracted to women who ooze sensuality, who are perhaps a little dark and mysterious, and who have a magnetic and powerful aura.

If a man’s Venus is in Sagittarius, an energetic, happy aura in a woman is often most appealing. Generally these men are attracted to a clean, robust, athletic look, generally slim but not necessarily well-groomed. A tousled, casual appearance is just fine with these men.

If a man’s Venus is in Capricorn, he often finds a woman who has an aura of competence about her very appealing. More classic looks, as well as a career-oriented look are most appealing. Sometimes, older women are especially appealing to these men.

If a man’s Venus is in Aquarius, he can be most impressed by women who are somewhat unconventional or kooky in their choice of clothes and overall style. He wants an interesting woman. She can certainly be beautiful, but boring? Hardly.

If a man’s Venus is in Pisces, he is often impressed with a feminine aura of softness, sweetness, and neediness to a certain degree. She need not be robust or aggressive. Lacking in confidence is just fine, and so is a touch of helplessness.