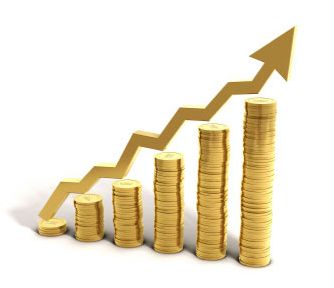 Jupiter, the planet which controls finance business and gold prices in market will transit in its friendly sign Aries till mid may 2012.
This will control gold price to some extent but after mid may, jupiter enters taurus and gold price will cross limits and will reach record high.
Craze for gold will increase, which will also add to the price hike.

Jupiter presently is in movable sign Aries indicating it will move the prices though not significantly but after May 16th Jupiter will move to Taurus, the 2nd house in the natural zodiac. The 2nd house signifies money and it is also owned by Venus, which denotes valuable ornaments.
During its stay in Taurus till the later part of the year, Jupiter is going to drive the gold prices to move up.
So we can expect gold prices to rise to a record high in 2012.
Also, as long as saturn is in libra and tries to aspect jupiter in aries till 16th may 2012, gold price will be under control.

Silver price will also increase marginally during this year.

Forex investors will buy and store more gold and this will add to scarcity of gold in market.
Due to this, fake gold ornament makers will be in demand.

USA dollar price will start coming down after 16th may 2012.
Best time to invest in gold is before may 2012 but since robberies will be more this year, it is advisable to buy gold ETFs, rather than actual gold.