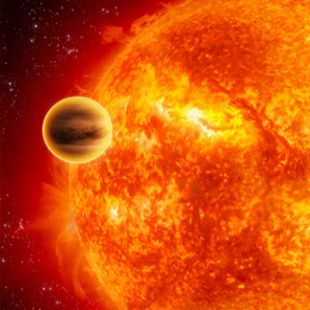 Jupiter(Brihaspati) will be conjuct with Sun and will become combust between 28th april – 28th may 2012.
Every year Sun goes through same sign in which Jupiter is transiting and when distance between both planets is less than 11 degrees.
During this period, which is called as Guru Moudyami , Positive effects of Jupiter will be drastically reduced and thus Hindus who believe in astrology, will not perform any auspicious ceremonies during this time such as weddings, engagements, house warming, launching of new business etc.
However, talks and paperwork for above can be done during this period.
Since this combustion is happening in Aries, its negative effects will be more on people born in aries ascendant and moon signs till may 16th and then it will effect Taurus born natives.
Also for people born in ascendants and moon signs which have jupiter as a benefic planet, this period will see some dullness in all major activities.

As jupiter moves into taurus on may 16th and gets out of combustion by end of may, they can expect to see positive changes in all aspects of life.

Jupiter combust in aries will effect political decisions in many countries and states.
Governments will find it difficult to control agitations, pressure from media and opposition parties.

For people suffering from obesity and diabetis, they can expect some relief during this period and can start working on treatments.

Jupiter combust in Taurus will cause rise in crime rate on women.
Governments will be forced to ammend or make new laws to protect women.