Mars Stationary Retrograde 2020 will be entering its own sign, Aries (Mesha) on 16 August at 10:58 IST.
Saturn (Retrograde) will be aspecting this Mars until 29 September 2020. 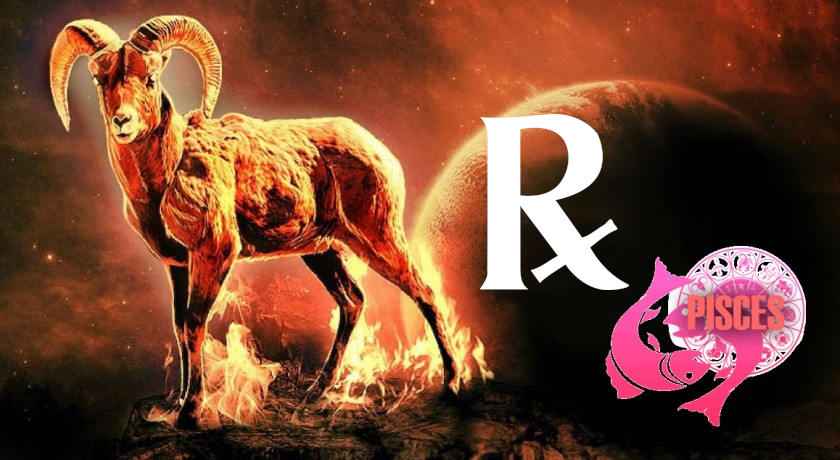 Mars has already entered Retrograde zone on 25 July and enters Stationary zone from 28 August, where it slows down until it starts retrograde motion at 03:48 IST on 10 September 2020.
Between 09-10 September, Mars is absolutely stationary and does not move much.
With this retrograde motion, Mars re-enters Pisces (Meena) on 04 October 2020 at 17:55 IST.
Mars will get into direct motion in Pisces on 14 November 2020 at 06:01 IST.
On 24 December 2020 at 04:16 IST, Mars re-enters Mesha rasi.
It will be under retrograde zone until 02 January 2021 and later transit at normal pace.
During these days, Mars will create troubles for people born with Moon in Aries (Mesha), Taurus (Vrishabha), Cancer (Karkataka), Leo (Simha), Virgo (Kanya), Sagittarius (Dhanus) and Aquarius (Kumbha).

Mars also creates problems for those born with moon in Aswini, Bharani, Krittika, Punarvasu, Pushyami, Chitra and Swati nakshatras.
Along with Mars, another malefic planet Saturn creates trouble for Uttarashada, Dhanishta, Poorvabhadra, Pushyami, Uttara Phalguni nakshatras.
Stationary and Retrograde Mars can get you into legal issues, penalties from government authorities, loss of job or lower income, accidents or injuries.
From 29 October, people born in Uttarashada, Krittika, Pushyami and Uttara Phalguni nakshatras will be saved to a large extent by Jupiter.
Transit of Mars in a sign indicates how people respond when they are angry and how they react to the anger in others.
Saturn aspect until end of September can make Mars vent out anger in very negative and bad way.
If this Mars transit is unfavorable to you, it makes you go through physical and verbal abuses, jealousy, treachery, back-biting, defamation.
Stationary and Retrograde Mars also creates dilemma, confusion and few wrong or late decisions resulting in losses for those born in Ascendants or Moon Signs of Aries, Scorpio or with moon in Mrigasira, Chitra, Dhanishta nakshatras.

During September-December 2020, inflation inreases. Most of the businesses will collapse and disappear.
Price of petroleoum products will increase. People in entertainment industry will have to wait till December for some relief and hope.
Eastern countries like Japan, Korea, China, Nepal, Burma, Bangladesh can experience natural calamities (floods or earthquakes – ritcher scale 7.5 or higher).
USA can also get hit by nature.
Heavy rains can destroy agriculture. Buildings collapse in cities, which causes damage to human lives.
Rainy season can extend till mid November 2020, followed by immediate winter.
Above mentioned moon signs and nakshatra born people must avoid trekking, swimming in rivers or oceans, adventure sports.
Fishermen can disappear into sea.
Religion or Race based communal violence will disturb normal life in many countries.
Pakistan, Afghanistan, South Africa, Sri Lanka economies will be worst hit during these 4 months.