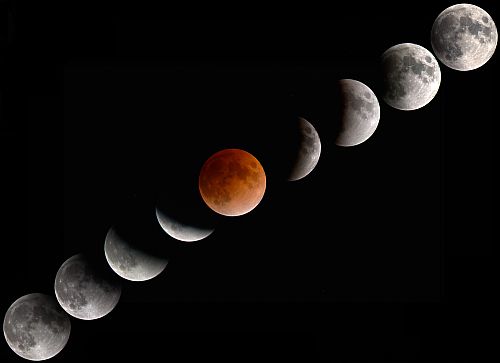 Partial Lunar eclipse will be seen on 4th june 2012.
On this day, the Moon will be about one third covered by the Earth’s umbral shadow at maximum eclipse. The portion of the moon within the penumbral shadow will be significantly dimmed.

This partial lunar eclipse will be completely visible over Australia, rising over eastern Asia and setting over western North America.
New England and eastern Canada will miss the entire eclipse since the event begins after moonset in those regions.

People in western Canada and the USA will have the best views with moonset occurring sometime after mid-eclipse.

Timings for the partial lunar eclipse of 4 june 2012 :

Since this lunar eclipse occurs due to moon’s conjunction with rahu in scorpio (vrishchik rasi), most of its effects will be experienced by people born with ascendants and moon signs of scorpio.

American Dollar will be stabilized in international market and it will stop growing for a while, though american economy will not improve much.

Adverse effects on pschology of people will be experienced in places where eclipse is visible.