Jupiter (Brihaspati) will be conjuct with Sun and gets combust between 12 September (01:43 hrs IST) and 10 October 2016 (19:47 hrs IST).
During this combustion period, Jupiter gets within 11 degrees to Sun and loses its power to deliver positive or negative effects on our planet. 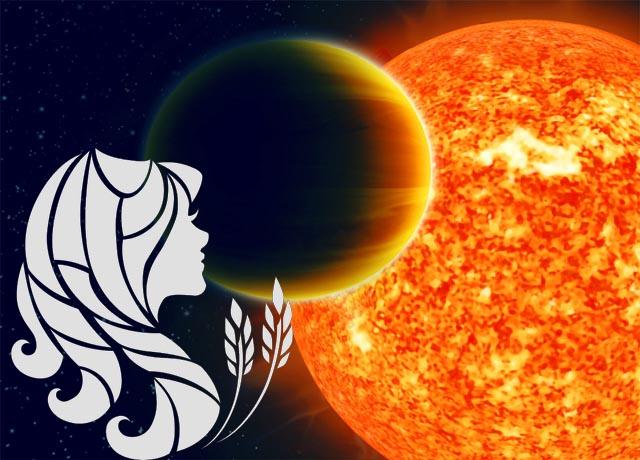 During this period of Guru Moudyami, positive effects of Jupiter will be drastically reduced and people who follow vedic astrology, do not perform any auspicious ceremonies such as buying and selling of properties, initiation of new mantra, weddings, engagements, house warming, launching of new business, new constructions etc.
However, Venus, the another largest benefic planet will remain far from combustion also transiting its own sign Libra, which indicates some positivity.
This combustion of Jupiter can bring down gold price, reduces positive energy on earth, sensitive human relations, helping nature among humans, philanthropy, love etc.
People react less to news related to crime, injustice, terrorism. Insensivity, selfishness or self-centered attitude will prevail among the people.
When Jupiter remains ineffective, bad karmic planets like Rahu, Ketu, Saturn and Mars takeover and give their results at the maximum level.
But luckily this year, none of the major malefic planets are aspecting Jupiter.
Majority will be misguided by extremist thoughts like religious terrorism, driven by lust, greed, selfishness etc.

These 29 days are only suitable for planning, re-arranging, discussions but not for starting or executing any idea.
If you are expecting a major positive turnaround in your life, then you better wait or postpone your plan until 10 October 2016. Finalization of all major deals better be postponed to beyond that date.
Mercury retrograde in between Virgo-Leo during 30 August – 22 September 2016 can lead to some mishaps and miscommunications.

Jupiter expects you to stick to moral values, justice and dharma at all times.
Those who retain their Dharma during this period, will be suitably rewarded in October 2016.

According to Vedic Astrology, people born under moon signs of Taurus, Pisces, Leo, Scorpio, Capricorn must be expecting to experience positive effects of Jupiter in Virgo, but they will have to wait for one more month.
Murphy’s Law is in force this month: If something can go wrong, it will go wrong !
Retrograde Mercury wants you to allow yourself extra time, especially while travelling.
If you were supposed to reach a destination typically in one hour, start one and half hour early this month.
Try to be ahead of check-in timings to make sure you do not miss a flight.

This is the right time to work on your diet, start a new fitness routine, weight reduction processes etc.
Jupiter in mercury’s sign can add to obesity, so when Jupiter is weak, reduce your weight.
Diabetic patients can expect some relief but family and financial relations will continue to be strained during this period.
Blood pressure levels need to be monitored regularly, especially if you have a history of high BP.

If you are born with combust Jupiter (Guru) in your horoscope, then all positivity and hope will diminish during these 29 days.
The only hope for romance is provided by strong Venus, which transits its own sign from second half of September.

People born under Moon Signs of Aries, Cancer, Virgo, Libra, Aquarius, should keep their phones, passwords, emails, sensitive data secured. There can be some miscommunication or loss of data due to negligence.
Investments during this time should be avoided, especially if your jupiter is not strong enough.
Avoid new loans and maintain good diet with sound sleep.