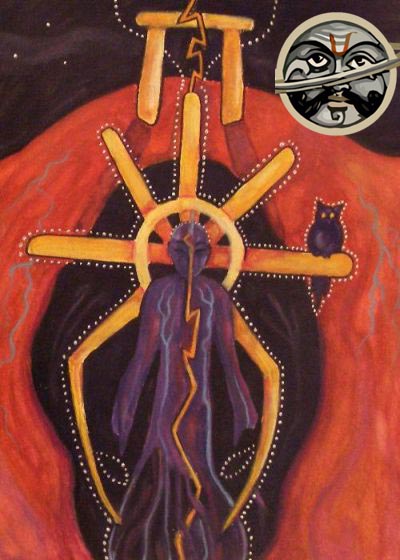 It will continue in same constellation till 01 March 2018, 13:46 HRS (IST), and then move onto Poorvashada (δ and ε Sagittarii) nakshatra in Sagittarius (Dhanus Rasi).
Saturn transit in Moola Nakshatra owned by Ketu during next 4 months will deliver much faster results than anticipated as there is no retrograde motion during this period.
Those who were promised or shown glimpses of hope during early this year (25 January – 22 June 2017), will be delivered final results by Saturn in Moola.
If you got into any legal issue during earlier part of 2017, then better hope for a resolution only after March 2018.

If Ketu signifies progressive houses like 1,2,3,4,6,9,11 in one’s horoscope, then this transit will be beneficial.
Also if Ketu signifies houses like 5 or 7, love or marriage will happen suddenly with a stranger during these 4 months. Most probability is between 25 October – 15 December 2017, When Jupiter transits Swati Nakshatra in Libra (Thula Rasi).
With Ketu, everything will be sudden and unexpected. If it signifies 8th house, person may suddenly develop suicide tendencies, self pity, withdrawl, inferiority complex etc.
Both Saturn and Ketu are ‘Seperative‘ planets.
With Ketu already in Saturn owned Capricorn, and Saturn entering Ketu owned Moola Nakshatra, these two planets can drastically change political situations, lifestyles, relations, financial conditions, religious and spiritual inclinations, aethism.
During this transit of 4 months, saturn influences Moola constellation and will aspect these constellations : Uttarashada, Arudra and Magha.
People born with moon in above nakshatras will face some tough times, hurdles in their work, financial hiccups, losses in business, threats of losing job, defamation, ill-health of self or family members, lack of concentration in education and strained relations at home or work.
However, bad effects will be reduced initially and they will show up from early 2016 as Saturn remains combust by conjuncting with Sun during 04 December 2017 – 08 January 2018.

Arudra Nakshatra born can expect some relief until 15 December 2017.
If you are born under these constellations : Mrigasira, Jyeshta, Poorvashada and Aslesha, you will see some relief from early November 2017 in personal and professional life.
More benefic time for people born under Aslesha nakshatra.
All pending work will be cleared within short span of time. Health will improve to large extent. If your time was being wasted for useless issues, they will end soon and you will get busy. Money flow will be back to normal.
The 7.5 year transit of saturn (Sade-Sathi) effects will be severe for people born with moon under Moola and Uttarashada constellations.

These 4 months are particularly good for those born under Bharani, Revathi nakshatras.
Saturn yielding results of Ketu, will lead to less corruption, increased spiritual inclination, reduction of taxes or changes to existing Income Tax slabs, more donations to religious organizations and temples, increased war threats and tense situation across pacific ocean.
Also, people with power and living on either side of river Ganga, will be the losers.
Many seasonal fruits (like Mangoes), medicinal plants, medicines will lose business. Pharma companies will see some losses.
Indian army will also lose many brave soldiers at border.

Also during these 4 months, Sun, Venus, Mercury will be conjunct Saturn in Moola for few days. This will be bad for people born under Aswini, Rohini, Uttara Phalguni, Swathi, Anuradha, Moola, Poorvashada.
Saturn balances our karmic index by letting us face results of our own deeds from past lives.
The best remedies to handle a tough saturn transit are : quitting alchohol and meat, refraining from lying, changing jobs, having control over food and sexual activities, moral behaviour, avoiding huge investments or loans and loose talk.